Spirulina is a type of algae, like seaweed that grows in alkaline water like lakes, rivers, and ponds in Africa Asia and South America.
It’s typical longspiral shape, hence the name, makes it looks like a corkscrew.
Spirulina is among the oldest and primitive life forms on earth and comes from the phylum of very basic life forms, cyanobacteria (better known as blue-green algae).
It appeared on Earth 3.5 billion years ago.
They are single-celled organisms lives in colonies, capable of photosynthesis, lie at the root of the development of all terrestrial plants, and also led to the emergence of aerobic living beings (i.e., those that need oxygen to live) – because it was their existence, andin particulartheir use of photosynthesis, that made it possible to transform an unbreathable atmosphere into a viable environment for oxygen-breathing organisms.
Some natural pigments are found in Spirulina. These pigments are responsible for the characteristic colors of certain flamingo species that consume these Cyanobacteria in the African Valley. This knowledge has promoted the use of this microorganism as source of pigmentation for fish, eggs and chicken. Spirulina also increases the yellowness and redness of broiled chicken due to accumulation of zeaxanthin.

Spirulina was a food source for the Aztecs to prepare tecuitlatl and other Mesoamericans until the 16th century. The Mexican spirulina sources disappeared when the Spanish conquistadors dried up the lakes that supplied it, in order to create pastures and farmland for growing corn, tomatoes. Spirulina was forgotten in the region. Much later, in 1960, a French engineer took over a sodium hydroxide production facility in Mexico and had to deal with a blue slime getting into the machines – after initially burning it together with the trash, he was eventually able to identify it as spirulina.
The spirulina is still harvested from small lakes and ponds around Lake Chad and used from this population to prepare the Dihè, a typical product
Commercial production of spirulina did not start until the 1970s by a French company. A few years after spirulina large-scale production spread to countries like Japan and USA.
As an ecologically sound, nutrient-rich dietary supplement, spirulina is being investigated to address food security and malnutrition, and as dietary support in long-term space flight or Mars missions. Its advantage for food security is that it needs less land and water than livestock to produce protein and energy.
African leaders, scientists and aid organizations are seeing spirulina as a sustainable food with the potential to stop world hunger.
Since 1970, Spirulina has been analyzed chemically. It has been shown to be an excellent source of proteins, vitamins and minerals.
Spirulina is rich in numerous phytonutrients & antioxidants. Some of these, especially phycocyanin, zeaxanthin, beta-carotene, GLA and iron, have been researched for positive effects on health (see below for more details). There is still controversy about its vitamin B12 content. Although some still promote Spirulina as a rich source, some studies advocate that the B12 is in a form that cannot be metabolized by humans.

The microalgae Spirulina is cultivated in Kona, Hawai. Kailua-Kona, Hawaii receives more sunlight than any other coastal location in the United States allowing Cyanotech to grow spirulina continuously all year. A combination of pure, fresh water from Hawaiian aquifers and supplemental deep ocean water is used in the growing media. Paddle wheels agitate the water, ensuring even exposure of the algae to the sun for optimal growth and nutritional value.
Once Hawaiian Spirulina is ready for harvest, it is rinsed under high pressure water three times to remove any unwanted particles. To dry, we use a unique process which minimizes oxidation and damage to the fragile nutrients. The entire process takes only 30 minutes and superior packaging ensures that the spirulina arrives to the consumer as fresh as the day it was harvested.

Consuming spirulina is one way to supplement protein and vitamins in people’s diets without notable side effects.
Among proponents, spirulina has been used to support a number of health conditions, including fatigue, high cholesterol, high triglycerides, and viral infections.
Purported spirulina benefits also include weight loss, increased energy, and stimulation of the immune system.
It has been suggested that spirulina can have a positive impact on the heart by reducing the amount of bad cholesterol and blood pressure.
Spirulina contains an abundance of antioxidants and consuming it regularly may help to reduce the impact of oxidative stress thus reducing inflammation and the risk of developing a chronic disease. The primary antioxidant in spirulina is known as phycocyanin which is the substance that gives spirulina it’s greeny-blue color. Phycocyanin has been found to be particularly effective in inhibiting the inflammatory response.
Spirulina supplementation may also be useful in physical training. Oxidative stress is a by-product of exercise and therefore, consuming a high number of antioxidants may reduce the amount of stress experienced during exercise. A small number of studies have indicated that spirulina may indeed improve both strength and endurance capabilities thus improving exercise performance.
While more research is required to confirm findings, preliminary studies have suggested spirulina may have a positive impact on specific medical conditions. One recent study found spirulina to be effective at reducing a number of symptoms associated with allergic rhinitis. Furthermore, there is evidence to suggest spirulina may also assist in the management of type 2 diabetes and hypertension.

Buy in our shop 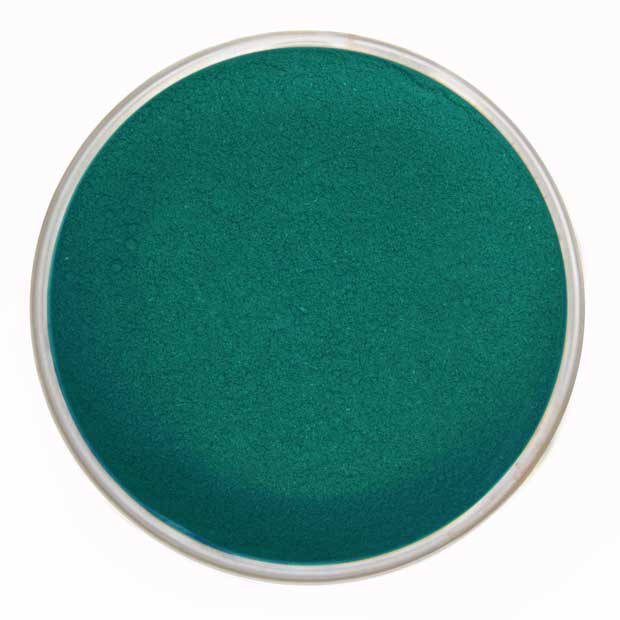 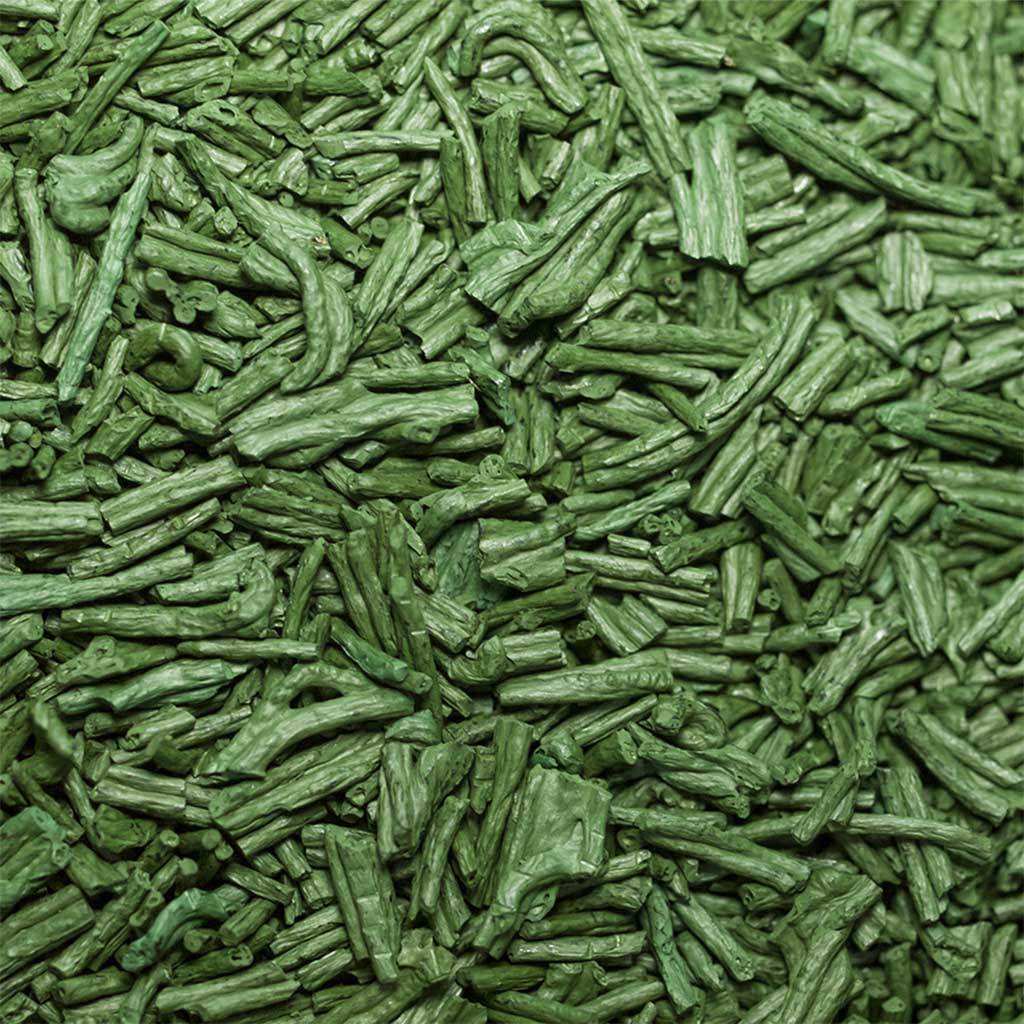 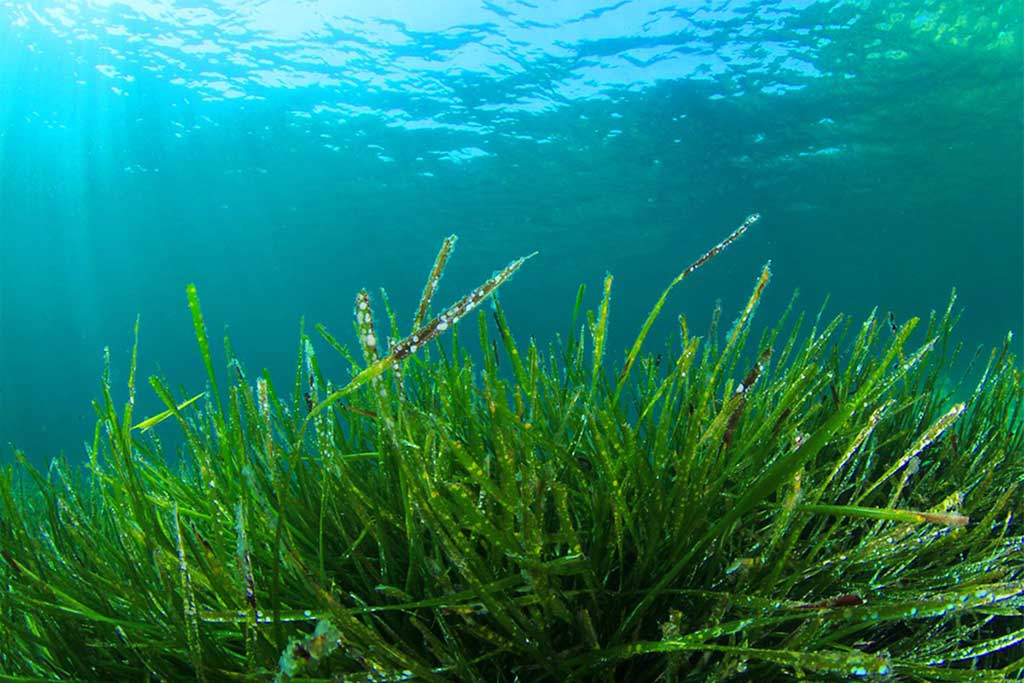